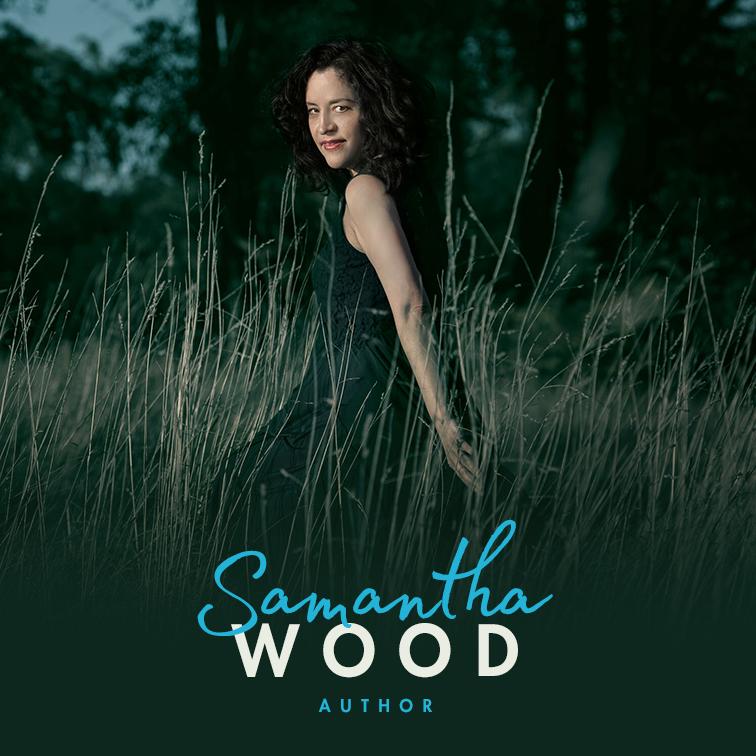 THE DOOR OPENED with a groan. Meg stopped and listened. He definitely heard that. They had just made it downstairs, having already packed their shoes into the case so they wouldn’t make a sound on the tiles. But aside from Josh’s soft breath behind her, the house was silent.

She turned around and looked at her son, silhouetted by the moonlight coming through the floor-to-ceiling windows. His eyes were wide, and she saw fear and concern and determination all at once. He held Banjo in his arms, and the dog, as though it knew everything depended on it, stayed perfectly silent.

Are you OK? she mouthed to the boy.

She nodded and went down the two steps to the garage. As her eyes adjusted to the dim light, she saw the outline of the car. Meg grabbed the keys from the hook, went to the back door of the car, opened it. She beckoned Josh over, holding onto the door frame, for balance or courage she couldn’t be sure, and closed the door softly behind them.

Meg turned sharply, her fear rising. She expected at any second to see the looming figure of her husband appear in the doorway. But the door was still ajar, the way she’d left it, open just enough for them to step through. Relieved, she opened the driver’s door and got in. They were so close now.

Hands shaking, she was thankful for the push-button start and the roller door which opened soundlessly onto the driveway. But the rumble of the engine sounded deafening to her. She felt the prickle at the back of her neck. Surely he would have heard it?

The automatic gate at the bottom of the driveway opened slowly, the clunking sound coming up to them as clear as day. It took every shred of Meg’s self-control not to barrel through it. But even a LandCruiser was no match for reinforced steel so she rolled the car forward, every muscle tensed, and refused to look in the rear-vision mirror.

Finally, excruciatingly, it was open enough for them to drive through. They were out.

“You did it, Mum.” The small voice came from the back seat.

Meg felt the vibrations of the engine beneath her as she turned into the street and pressed down on the accelerator. She tried to speak – to say something comforting – but terror made her mute.

She drove along the deserted street. Jutland Parade led onto Birdwood Parade, where Paul moored his boat at the Perth Flying Squadron Yacht Club. Overlooking the Swan River, Dalkeith was an enclave of bankers and lawyers, the high perimeter walls of their waterfront mansions hiding them from each other, and the world. During the day, Mercedes, BMWs, Lexuses and Chryslers parked in the shade of plane trees beside perfectly manicured nature strips. But at 12:14am – the numbers glowed from the dashboard – the road was free of traffic. Meg was glad for it, because if they were to see the headlights of another car behind them she was certain of who that would be.

It wasn’t until they’d made it all the way along the Avenue up to Matilda Bay that she finally forced herself to say something, anything.

“Yes,” he said, barely above a whisper, as though it cost him his last ounce of energy to speak it.

She heard it in his voice, the tension. It was too much for an adult, she thought, let alone a twelve-year-old boy. While other children were playing on their devices and being driven around to after-school activities, he was being told they would be escaping the house in the middle of the night. And he’d followed her – with a courage no child should have to possess – without complaint or self-pity.

“We’re going to be OK,” she said as convincingly as she could. “You, me, and Banjo, we’re all going to be just fine. You’ll see.”

As they came into West Perth, she noticed her hands on the steering wheel had almost stopped shaking. Up ahead, as Perth city came into view, she spotted the Bell Tower outlined against the moonlight. She’d seen it a thousand times, but this time felt different. It was like a beacon to pin her hopes on.

She glanced in the rear-vision mirror. Josh was sitting behind the passenger seat, staring out the window. Meg shifted in her seat, dropped her shoulders. They had a long trip ahead of them, and she couldn’t drive it coiled like a spring. And if she relaxed then the boy might too.

They drove through the empty CBD, passing a solitary NightRider bus along St George's Terrace, and the sculpture of three bronzed kangaroos glinting in the moonlight.

“I reckon we’re going to see a bunch of those on our way,” she said, pointing to the sculpture, her voice unnaturally light. “You’ll have to keep an eye out, especially once we get past Northam.”

“Is that our first stop?”

“No, Coolgardie. It’s a bit further. But driving from here, it’s almost a straight line.”

She stared straight ahead, didn’t want to say it, although he was probably thinking the same thing. To get as far away from here as possible.

“It seemed like as good a place as any,” she said finally.

“About 600 kilometres, give or take, according to Google.”

“Are we staying there?” Josh sounded unconvinced.

“No.” She looked in the side mirror, still no traffic, then tilted her head back to him. “Just a stopover for petrol and breakfast, and a bit of fresh air. I reckon we’ll be there by sunrise.”

A longer pause. Finally: “Do you think he heard us leave?”

She hadn’t expected that.

“Doubt it. He would’ve followed us by now.”

“What about the GPS? He can track us easy – it’s connected to his phone.”

It was her turn to pause. “Not anymore it isn’t.”

“I had it reprogrammed.”

“I spoke to a man from the company last week. I told him it was malfunctioning so he connected to it remotely and reprogrammed it to my phone.”

He was silent, and she knew he was working through something.

“But if you only decided yesterday we were taking this car, how come you changed the GPS last week?”

“I actually don’t know.” She chewed her lip, focused on the road. “I guess I figured we’d be leaving at some point so thought I’d better start covering my tracks. And to mess with his head in case he did decide to drive his car.”

“That’s so cool, Mum,” he replied, his voice somehow lighter.

“I have some tricks up my sleeve.”

They had cleared the CBD and were coming up to the Narrows Bridge, the office lights of Perth behind them. The more distance she put between them and Dalkeith, the better she felt.

“But what if he reports you to the police for stealing his car?” Josh asked.

“I’m pretty sure that’s not going to happen.”

“I’m guessing he didn’t want to declare another asset so he transferred it over.”

“When they sent me the registration notice.”

She heard him scoff. “So typical.”

The words hung in the air. Don’t say anything, she thought. He already hates him enough. Why make it worse?

Instead, she said: “Why don’t you lie down and have a sleep? There’s a pillow and a blanket in that plastic bag behind my seat. Just keep your seatbelt on, though. Make sure Banjo’s got his harness on too. I’ll wake you when we get there.”

Meg shot him another look in the mirror but he’d already slid across the seat, and was rustling in the bag. As she returned her eyes to the road, she realised Josh was saying something, muffled.

She swallowed. “I meant what I said earlier: everything’s going to be fine.”

But she needn’t have bothered. There was a thud from the back seat that sounded like Josh shifting his weight, followed by the whistle of a soft snore. And she knew that he was asleep in an instant, the horror of the evening finally overtaking him.

As the city lights grew dimmer, Meg touched a finger to her cheek. The pain that followed was a reminder of what she was driving away from. It was hard to believe that the last time he’d hit her had been just over twenty-four hours ago. Even harder to believe, that they’d actually managed to get away.

She watched the road. For the moment, on the far outskirts of the CBD, they were safe. Safe. Did she honestly believe that? She hoped this life was behind them. That they could start a new one somewhere else, where Paul would become a bad memory.

Her wish was that Paul wouldn’t want the police looking too closely at the disappearance of his wife and son, lest it reveal other hitherto secret aspects of his life. But she knew she couldn’t count on it. If anything, the worst was yet to come. 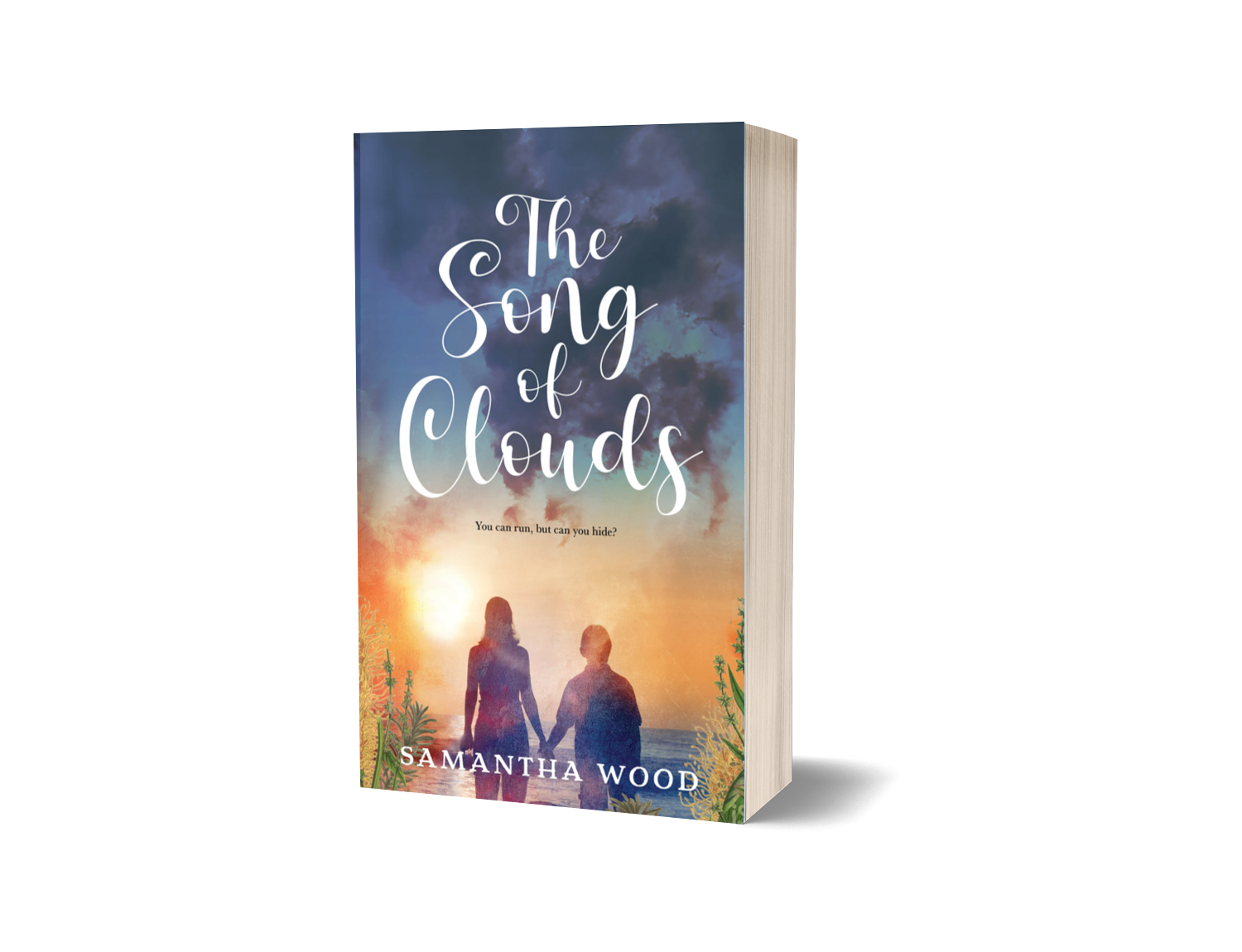