Hello, lovely readers. It’s been a while. I think I’d promised a blog post in December and now it is March and I’ve just gotten around to it. As some of you know from my previous posts I’d been waiting not-so-patiently for news from a publisher regarding my last book.

Well, I do have news, but definitely not what I was expecting, which has turned out to be a rather marvellous thing. You see, way back in August of last year when I finished Under Ten Thousand Stars I had a vague idea that I’d like to publish it myself – not in the self-publishing way (which as a publishing avenue has been spectacularly good to me) but in the why-don’t-I-start-my-own-publishing-company way? It was a pretty vague idea, to be honest, but one that sat there as a little kernel at the back of my brain all the same. Fast forward to October and I’d received an approach from one of the major publishers so the idea was shelved while I waited to hear back from them. Whether they’d make an offer. How long I’d wait for that offer? What the timeframe would be for publication? All those sorts of details. There was nothing for it but to wait. So that’s what I did.

Well, nothing really. By late January I hadn’t heard back from them, which in publishing world is a completely normal amount of time, but it did get me thinking. If I were to get an offer it would probably be another nine months before publication – also a completely par-for-the-course amount of time. Was I willing to wait that long? More importantly, was I willing to hand over creative control? Because, I suspected, at least as far as my career goes, I’d secretly become a control freak. Especially given all that I’d learned with publishing my previous novel, The Bay of Shadows. I’d had the fortune of watching that one go from unpublished manuscript to e-book bestseller – and it was wonderful, albeit surprising – all the while I really didn’t have that much of an idea of what I was doing. It was learning as-you-go and a lot of really hard work, but that’s life, isn’t it? It is hard. It is relentless. Monotonous. But it also beautiful and wonderful and full of joy.

So what’s an author to do?

Start my publishing company, of course. What’s the worst thing that could happen? Well, nothing, really. I try…fail…try...fail…try again. I am sure this isn’t what other businesses put in their mission statements but for me it seems to work.

So that’s what I did, starting with a logo for my newly minted publishing company, Magpie Tree Press. Then came the other not-so-interesting aspects of running your own business: trademark registration, letterhead design… (Actually, who am I kidding, that was really fun. So much so I’ve got stickers and fridge magnets on order). I might be keeping the printing company in business, I think. There are also postcards and bookmarks in the works. Gosh, I really have been getting inspired!

I now have a publication date for Under Ten Thousand Stars - May 13. While it seems like ages away, it’s really not. (And there is still so much to do). But I don’t want to overload myself and forget to enjoy the process along the way, because, it really has been such a blast, even if I am so tired I’ve started putting my clothes on inside-out. It’s exciting, exhausting, terrifying and wonderful all at once, but it's mine. My very own company. And that has a special significance too. My great grandmother's husband died and left her with five children so she had to go work in the market selling tamales, my grandmother was Mensa-smart but had to leave school at nine year old because there was a war on, my mum wanted to be a doctor but only made it to secretarial college because that's not what girls did. So as much as all this is mine, it's theirs too.

I’ll be back next month, but in the meantime, it’s back to the list I have to get ticked off before PD – Publication Day. 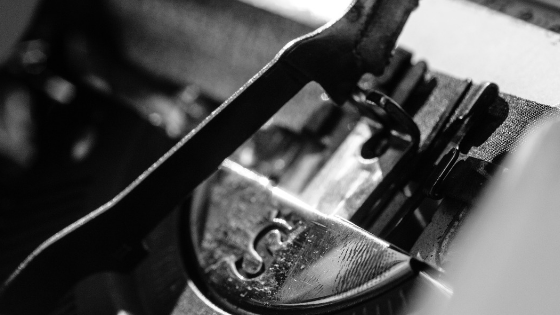 THE MAGPIE TREE: A TALE OF TWO CHOICES...