There is a haunting and evocative beauty to the landscape in this novel – a unique Australian-ness to it. How did you go about capturing the essence of place without resorting to cliché?

Those islands in the Quandamooka region are full of such diversity – paperbark swamps, pandanus forests, beaches full of dead trees. I just wrote what I saw and felt and smelt and heard. I wanted the reader, like me, to experience and appreciate this beautiful landscape with all their senses…so maybe that was how I did it? I don’t know to be honest.

The Weekend Australian described Beneath The Mother Tree as ‘A masterly evocation of place … a rattling good yarn of young love, small community dynamics, obsession and mystery.’ Would you describe yourself as a mystery author? Or do you like to move between genres?

My next book is very different, so I don’t think I would like to pigeonhole myself just yet. I noticed Dymocks sells Beneath the Mother Tree in the crime fiction section and in another store I found her in the fantasy section, so I think she is equally hard to pin down into a genre, which I don’t mind one bit. I feel there is far too much pigeonholing in the publishing industry for marketing purposes, sometimes to the detriment of the book.

Balancing the mythical strand with the realistic strand. I wrote her to work on two levels, so there is a fantastical explanation for all that happens but there is also a perfectly logical explanation. The other challenge was sinking into the head space of my very disturbed antagonist which was gruelling at times.

Falling in love with my characters, particular the character of Grappa who had me laughing out loud as I was writing him. And the fact that the characters kept surprising me. That had never really occurred in scriptwriting to the same extent as it did when sinking into an eighty-thousand-word journey. This is why I want to keep writing novels, - nothing beats that immersion on an imaginative level.

Can you tell us what you are working on at the moment? And how your writing has changed since your previous book?  Has it become ‘easier’?

I am still in first draft stage with my new novel and I am very excited by it, but it feels different to the first book. I definitely think the second book syndrome is a reality because you have lost the blissful ignorance you had when writing your first. You are always comparing, and you know how much work you have ahead of you in rewrites. I remember thinking the first draft of Beneath the Mother Tree was brilliant. I look back now and know it was dreadful. I am writing this book with an internal monologue which runs something like. ‘Well that’s godawful…I will have to go back and fix that section up…that bit will need to be rewritten...talk about information dump…that sentence is crap and will need to be changed.’ Etc etc.

You’ve just recently wrapped up a library tour for Beneath The Mother Tree. It must have been a nice change from the solitary job of writing a novel. Can you tell us a little bit about that?

I have found libraries to be so overwhelming supportive since the book has come out. I love meeting readers and hearing what they have to say about the book and librarians are the loveliest species of people. I could hang with librarians all day if time and circumstance allowed. Maybe I should have been a librarian. I have some more library talks coming up in April if anyone is interested…dates and times are listed under the Diary section on my site.

One last question for the readers before we go. What are you reading right now?

I just finished reading Where the Crawdads Sing by Delia Owens, mainly because several people who had read my book told me I would love it….and my God, they were right. I could not put it down. It is an ode to nature in the guise of a coming of age love story and a murder mystery - with a fantastic twist at the end. I am not surprised that it has been on the New York Times best seller list for months now and has sold over 1.5 million copies. And I hear she has just signed a movie deal so read it before the movie comes out. Highly recommend!

Thank you very much for your time, Donna. It has been an absolute pleasure!

Can you tell us a little bit about how the idea for this book came about?

I was lucky enough to live on a small island for eight years and the small community dynamics were endlessly fascinating…all you needed was someone unhinged to set the whole boat rocking so to speak. I think I first started taking notes during that time, but on a deeper level, without realising it, I think I was exploring the idea of belonging within the framework of colonisation. This realisation only came to me after the fact when having to answer questions like this, you are forced to examine and deconstruct what it is that you have actually done, which all sounds very intellectual…on another level Beneath The Mother Tree is really just a spicy, page-turning murder mystery. 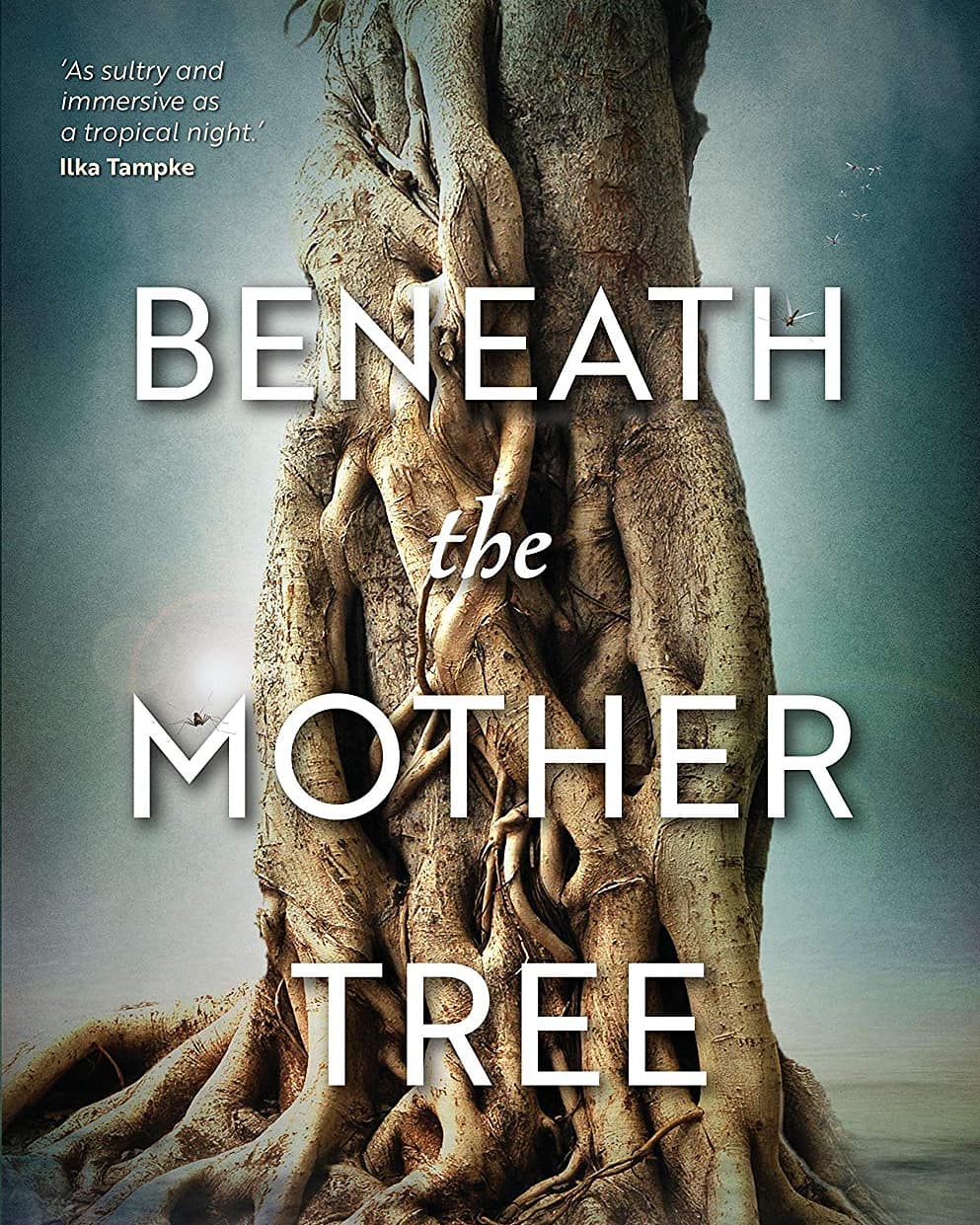 Can you tell us how your interest in writing started? Have you always wanted to be an author?

I came from a family of sports stars, but sadly, I was so clumsy I couldn’t run two metres without falling over, consequently I didn’t share their interest in sport, so I would often retreat into my imagination. I was incredibly shy and spent most of my time alone or with my best friend who lived next door, creating little scenarios with my barbie dolls which entailed very involved plot lines full of drama. I remember having a fantasy at six years old of becoming a writer and I also won a creative writing competition at primary school for a story I wrote about a mermaid, but as often happens in life, I got side-tracked. Because of my shyness, I was sent to Speech and Drama lessons, then as a teenager I began to overcome my shyness and it became evident that I had a natural talent for acting, so one thing led to another and I went on to become an actress which I worked at through most of my twenties. It wasn’t until I was in my thirties, when I started writing scripts, that I remembered my childhood dream to become a writer.

You are the author of the debut novel Beneath The Mother Tree, a top Australian fiction read for 2018. Did the book’s success surprise you or did you know from the start that you had something special?

Her success has been a wonderful surprise, especially after such a long journey to publication during which I started to doubt her worth. I never gave up on her, however. I remember thinking at one point, after yet another rejection. ‘If I don’t believe in my book, who will?’ And I’m so glad I kept trying because the response has been overwhelmingly positive. She has been out for just over six months now and I’m still hearing form readers telling me how much they love the book. This makes up for all the rejections, or not even rejections in most cases…just complete silence which makes you wonder if the publishing house even receives the email... From what I have learnt since, publishers are so incredibly busy, it really is a matter of luck or knowing someone who knows someone. I think next time around I might try and get an agent on board if possible. My road to publication was so heart breaking at times, because I also had quite a bit of interest…but the more I hear writers speak about their journey, the more I realise mine was quite typical. What I would like to say to writers out there who are trying to find a publisher is – ‘Never give up. Keep working on it and keep sending it out, and don’t send it out too soon, which is where I stuffed up.’ Sorry – that was a long-winded answer!

author of Beneath The Mother Tree

Hello, Donna.  Welcome to my blog.  First things first, tell us a little about yourself?

Hello Samantha – thank you so much for inviting me onto your blog. I feel very honoured and privileged.

In terms of telling you about myself I’m going to be totally random and share that I LOVE to dance, and each night before bed I drink chamomile tea with milk as it helps with my insomnia. Yes…confession - I’m an insomniac, but most writers are, aren’t they?

If your readers are still interested in finding out more, they can head to the ‘About’ section on my site www.dmcameron.com  Sorry – lazy answer I know, but to be honest, I never know how to answer this type of question. 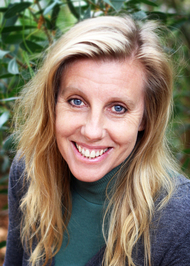 One of the best things about the An Interview With... series is the opportunity to talk to some fascinating and exceptionally talented people. For this month's post, I interviewed the wonderful D.M. Cameron, author of the exquisite debut novel Beneath The Mother Tree. Read on for my Q & A chat with Donna about how she got her start as an author, the inspiration for her first book, and what she has planned next.

AN INTERVIEW WITH DONNA CAMERON...